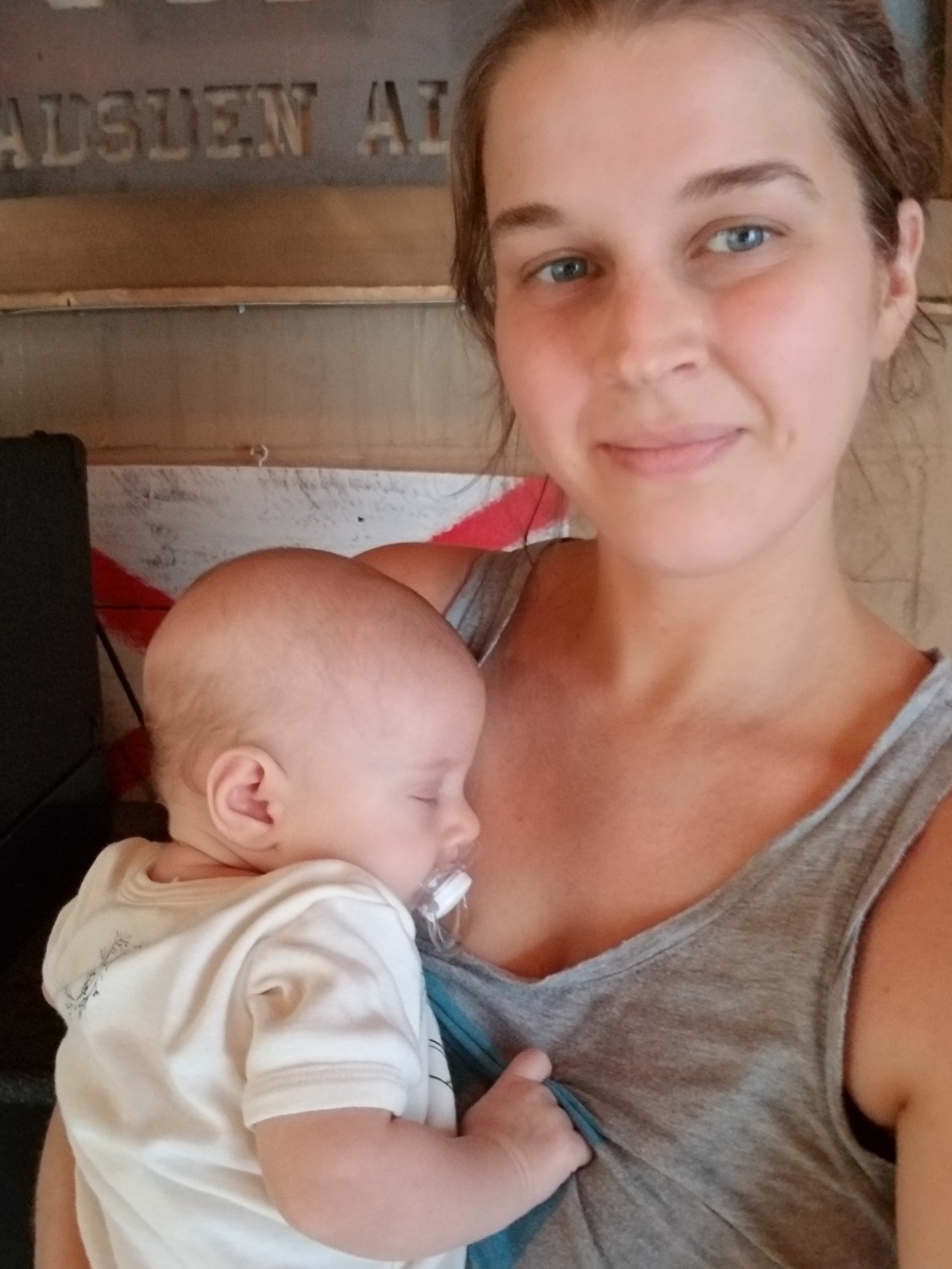 Sunday night was the new moon, and apparently I thought it was a good time to adjust Lucca’s sleeping routines.  We bed share, and even though it is controversial, it works for us.  We do it as safe as possible, and I do not see it as an issue.  What needs to change is his daytime napping and his need to touch me as he snoozes.

I need to rest when he rests.  At the very least, I need to read or sit and fold laundry while he naps.  For the majority of these five months, he has napped in my arms.  Sometimes I can set him down in the swing after he’s asleep, but most times, we fight so hard to get to sleep, I just let him stay in my arms.

Something in me decided he needs “healthy, heavy sleeping.”  Sunday night, I tried to put him in his bassinet so he could fall asleep on his own.  What a disaster!  I ended up getting him out after a few attempts, and held him until we all went to bed.  Once we get to bed, I feed him, and he will sleep in the bassinet for several hours before getting in our bed for lots of night nursing.  This night was no different.

Then came Monday.  He fought his morning nap for one hour!  The morning nap is always the easier, longer one.  I had to set him down many times to walk in another room to scream or cry.  My emotions were all over the place and I didn’t understand why until I looked at a calendar later in the day (new moon and fatigue, of course).

He finally gave in to the morning nap, and slept for about an hour and a half.  As usual, he woke up smiling and waited patiently for me to pick him up.  All was well until his afternoon nap.  Again, I tried for a full hour to put him to sleep.  We rocked, I nursed him, tried to let him fall asleep in the swing… nothing worked.  Once an hour passed, I nursed him, he fell asleep, and I laid him in his bassinet for only a 30 minute nap.  He’s overly tired I know!  I attempted to put him back to sleep with no success, and he crashed again an hour later for another mini-nap.

I am trying to avoid these overly tired crash sleeps.  My intention is to catch him as soon as he gets tired so he can peacefully fall into slumber and then is laid in his bassinet.

Why did I really decide this is what he needs now?  I have no idea!  I am reading yet another Sleeping book, but I don’t follow what every book says.  I like to get tidbits of advice from multiple sources and see what works for Lucca.  I’m careful not to ask for advice because EVERYONE has an opinion.

Anyway, I am still thinking we need some adjustments to our nap and nightly routine, but I am moving into it slowly.  Personally, I believe Lucca is a little scared when he wakes up, and I’m not there.  Maybe a little fear and the fact he cannot self soothe.

Having a strong-willed baby is TOUGH.  We don’t use words like “bad,” “good,” “stubborn,” or “sleep training,” because they have negative connotations.  We are speaking about a baby!  During our battles, I become so frustrated I cannot recognize myself.  When I talk about these nap needs and our fatigue, some people just laugh or give advice.  I called my best friend who reminded me to shut out everyone’s conversations and focus on what we need and works for us.

THAT is a good friend.

Oh and be careful around the new moon! 🌑🌑🌑